Virginie Efira in ‘Victoria’ and also co-President of the Jury

It’s the third year I attended year’s Festival Film Francophone d’Angoulême. The festival was set up by Dominique Besnehard and Marie-France Brière (a documentary maker). Lesser-known in the Anglophone world, Dominique Besnehard is a much-loved character in French cinema. He is an actor (he played Suzanne’s highly-strung brother in Maurice Pialat’s A Nos Amours), a writer, a producer, casting director, and talent agent who discovered Beatrice Dalle, Cecile De France, Emmanuelle Seigner, and many others. 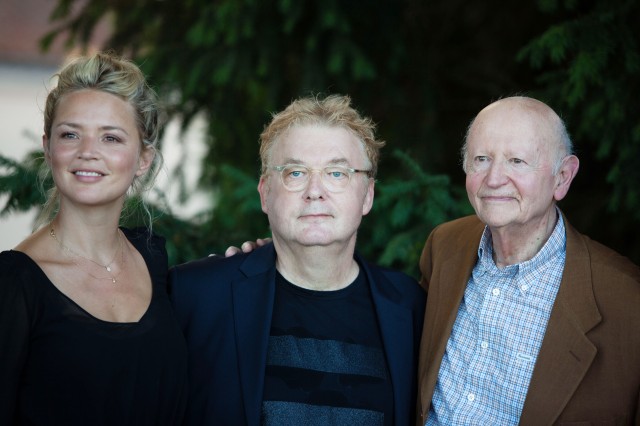 In short, Dominique Besnehard is something of a god-father to the stars, and it is largely down to him so many attend the intimate festival in Angoulême, located in the Poitou-Charentes region of southwestern France. Angoulême is a small city with a population of just 43,000 and famous for its annual comic book festival.

An audience ready to respond …

This year’s Festival Film Francophone d’ Angoulême, was a programming triumph that brought tears and heated discussion at the end of a difficult summer in France. Jihadism, Online manipulation, disabilities and borders and boundaries (concerning immigration and complicated love) took the audience and the jury on a six-day epic journey.

On the streets, the temperature rarely fell below 35 degrees. People sought cool and shade in the cinemas, and it is there that they cried.

Throughout the week, there were a number of ‘Avant Premieres’ (films soon to be released in France). L’Odyssée officially opened the festival. It’s a robust biopic about the diver and documentary maker Jacques-Yves Cousteau (played by Lambert Wilson), a man who first brought the depths and mysteries of the ocean to the people’s television screens in the 1960s.  Jerome Salle’s film was a fitting start, symbolic of the power of the festival, which dived the audience deep into its programme.

The co-president of the Jury, Belgian actress, Virginie Efira starred in Victoria, another ‘Avant Premiere’, this time about the complicated life of a single mother and lawyer. Directed by Justine Triet, who is a relatively ‘new’ filmmaker with a fresh voice and gift for comedy. It was great to see a cameo role by a friend, Vincent Dietschy.

The controlling power of the internet underpinned two films. Submitted to festival’s ‘La Compétition’ director Yan England’s Quebec film, 1:54, starring Antoine Olivier Pilon (who gave the luminous performance in Xavier Dolan’s Mommy two years ago). Pilon picked up a ‘Valois Acteur’ award at the end of the festival for his performance as Tim, the gifted student (with a strong talent for making explosives, and athletics) whose best friend is horribly bullied at school. After a certain disturbing event, Tim too is bullied via social-media and by the same perpetrator. The shakedown is tragic.

Le Ciel Attendra (an Avant Premiere) showed a different kind of internet manipulation: the tales of two middle class Parisian girls who are groomed online, initially through flattery on Facebook, by jihadists. Sandrine Bonnaire plays one of the girls’ mothers; and the film was introduced by an emotional cast and received a standing ovation. This was my favourite film largely because it resisted judgment, remaining always faithful to the point of view of the two ‘victims,’ their needs and their fears. At its heart Le Ciel Attendra is about identity, and is certainly one I will take my teenagers to when it is  released (hopefully) in the UK.

Cigarettes et Chocolat Chaud is a very different film, and touched me in the way that a piece of good social-realism should, despite being a comedy. The scenario concerns an unconventional dad (played by France’s well-known comedy-actor Gustav Kervern) who is raising his two daughters alone on very little money. The girls receive huge amounts of love, but perhaps not the best diet and have a tendency to wander off, several times finding themselves in the police station. A social worker is involved and things become more complicated when one daughter develops Tourettes syndrome. Cigarettes et Chocolat Chaud is visually hilarious without being slap-stick, and the story has enough melancholy beats to take you, occasionally, into a dark place.

Hedi (a Tunisan/Belgian/French production directed by Mohamed Ben Attia) was memorable for its treatment of need and ambition and its effect on love. Hedi (Majd Mastoura) is a young man who works as car salesman and is arranged to marry a beautiful young woman. As preparations move ahead, Hedi goes through a crisis: he hates his job, wants to become comic book artist and questions his needs.

Mastoura’s face has the beauty of a quiet, timid stream and his expressions are its gentle turns. Understandable then, that he would fall in love with the energetic, warm-hearted dancer, his personality opposite, and his wide ocean. Will Hedi have the strength to break free from his family’s expectations?

I saw two films from Catherine Corsini ‘Le Focus’ part of the festival. Corsini is a director whose films address friendship and sexuality, its power, emotional complexity and grey desires. I have written about Partir (Leaving) at 52frenchfilms, and also La Belle Saison (Summertime), her latest film, a few weeks ago. La Belle Saison screened at the festival and I decided to check out: Les Ambitieux and La Répétition (starring Emmanuel Béart) and also attended the ‘Classe de Maître’ where Corsini spoke about each of her films.

Catherine Corsini personally introduced each of her films with disarming openness, inviting the audience to feel free to speak to her if they saw her in the town. 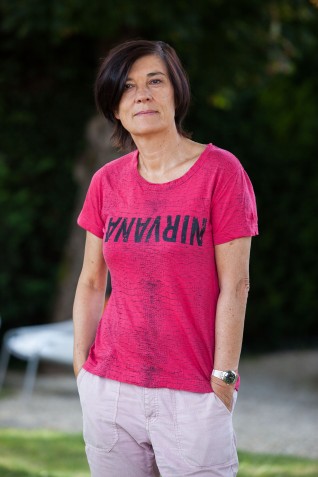 Corsini’s address summed up the spirit of the festival. Discussion buzzed like flies in the heat: everyone was keen to talk about the films. Cinemas were packed, including older ladies from the town who sat alongside members of the jury and those who worked on the films, all sharing their opinions. It reminded me of the scene in Eric Rohmer’s Le Rayon Vert where Delphine overhears a group of people by the beach discussing Jules Verne’s novel of the same name.

The audience is as integral to the cinema experience in Festival Film Francophone d’Angouleme as its stars. Dominique Besnehard and Marie-France Brière have worked hard, alongside the city to achieve something that is truly special.

A festival that reflects the spirit of Angoulême and screens films that inspire our imaginations, push boundaries, challenge opinions and soothe our hearts.

For a full list of films screened in the competition and the winners, please visit http://www.filmfrancophone.fr